Through a simple yet effective and agile structure, we work towards organizational change and improvement. We treat each project with the individualized and focused attention it deserves, like an artisan in a jewelry workshop rather than a worker on an assembly line.

Dakota functions completely in alignment with lean thinking.  We are not a large organization with a complex structure, nor do we have partners or managers who sell projects with junior and seniors beneath them in charge of execution. Instead, all the partners work hands-on to develop focused solutions for each project from start to finish: we personally devise, sell and implement each solution without intermediaries or junior staff. This is how we are able dedicate 100% of our know-how, skills, experience, and personal work to benefit our clients directly. In this way, we create intense and deep relationships with each and every client based on co-creation and co-execution that ultimately leads to shared success.

Our approach deviates from the dominant consulting tradition in that it offers fresh perspectives, focus and values that have an important impact when implementing change in organizations.

Our consulting concept has come about after more than 15 years of our own direct experience as clients of different types of consulting services. With this background, at Dakota Consulting, we offer:

1. Tailor-made rather than one-size-fits-all solutions.

2. Respect, listening, empathy, prudence and discretion: we create and foster relationships that bring our clients value because we are aware that no one knows more about their business than they do.

3. Commitment and direct involvement with our client, creating a natural, close, human connection.

At Dakota, each client brings us unique issues and concerns. Therefore, we tailor our approach accordingly.

In reading one of those baby name books when I was brainstorming ideas for our first daughter, I was surprised by the number of names based on US cities or states: Alabama, Alaska, Arizona, Arkansas, Carolina, Dakota, Georgia, Iowa, Indiana, Montana, Virginia, etc. My husband got a kick out of it when I told him. In fact, for lack of a better name at that moment, we spontaneously started calling her “Dakota,” much to the amusement of our family and friends.

As the months went by and my pregnancy progressed, we continued calling our baby Dakota. Finally, however, and despite some controversy, we decided against the name. But we decided that if our daughter was not going to be Dakota, our other child—our new company—would be.

Upon further research, we found out that Dakota held a lot more meaning than we initially thought. Surprisingly, the connotations that the word embodies are exactly the personal values that we wanted to bring to our organization.

Dakota means friend in Sioux, something that we strive to bring to our relationship with clients. Also, the Dakota Indians were not at all underdeveloped “savages”, but rather wise and respected in their broader communities. Silence, observation and reflection, respect for the environment, and a keen ability to adapt to change were the values that they lived by. These are, without a doubt, fundamental values at Dakota Consulting as well, together with honesty, work ethic and delivering results.

We were also inspired by Sitting Bull and Crazy Horse, two invincible Native Americans. They refused to give in no matter the challenge or threat, a philosophy that we follow today in our work. Likewise, as the last territory that the United States annexed to the Union, North Dakota continues to be an indomitable land, much akin to the constantly changing business world that we must navigate on a daily basis. One last note on how much meaning the word Dakota conveys: John Lennon lived and was assassinated at the door of the iconic Dakota Building in New York where he wrote the song “Imagine.”

We believe that our ability to imagine and create is deeply rooted in our DNA. This is at the heart of all the people that make up organizations, allowing them to learn, progress and constantly improve.

Since all these pieces fit together like a puzzle, why not name our firm Dakota, a name that seemed clearly destined for our firm and its mission. 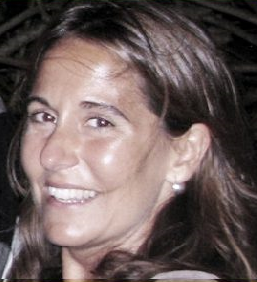 Nuria has a long and successful track record in supporting organizations in their development objectives across diverse industries. In addition, after dedicating the first 20 years of her career to the automotive industry, she has a wealth of industry-specific experience in this sector. When she became a mother, Nuria decided it was time to put all her experience and knowledge at the service of helping other organizations through Dakota Consulting and thus also balance family and work. 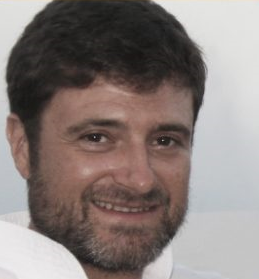 Dakota enjoys a broad national network of reputable partners and collaborators who contribute their specialized skills to different projects, depending on the unique needs of each. Today’s challenges are such that viable solutions can only come about by coordinating multi-disciplinary teams of professionals across different territories, linked by optimal communication and a commitment to achieve each project’s aims.

We use cookies to ensure that we give you the best experience on our website. If you continue to use this site we will assume that you are happy with it.Ok